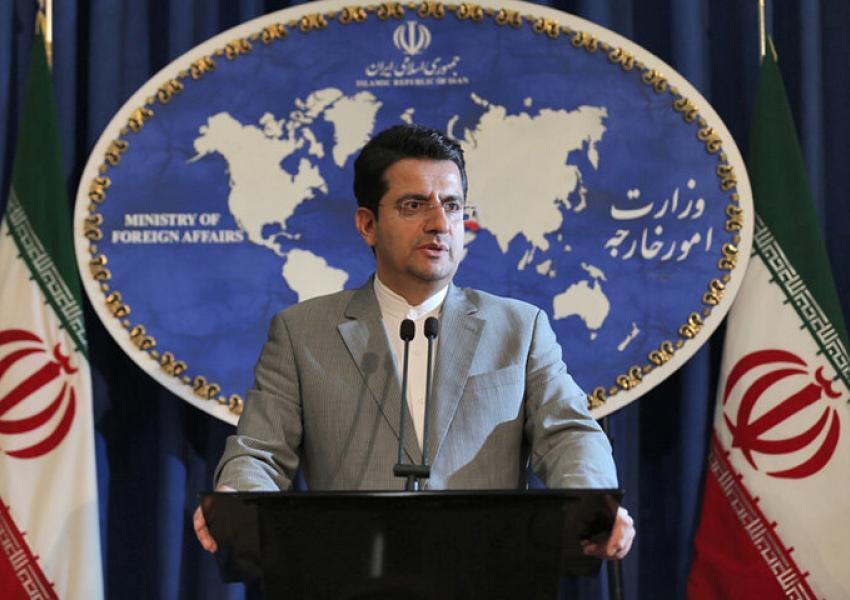 The spokesperson for Iran’s Ministry of Foreign Affairs, Abbas Mousavi, announced that the United States has rejected Tehran’s offer to de-escalate tensions.

In his weekly press conference, Mousavi stated: “As it was predicted, the United States rejected the offer,” referring to Foreign Minister Javad Zarif’s suggestion that if the United States lifts sanctions, Iran will accept and pass the attached protocol of the Joint Comprehensive Plan of Action (JCPOA) in the parliament in 2019 instead of 2023 as was previously planned.

Mousavi also announced that the Islamic Republic will continue to scale down on its compliance with its JCPOA commitments.

While confirming Europe’s objection to the Islamic Republic for violating the JCPOA, Mousavi said: “We also objected to their inaction and some of their activities including arresting Iranians.”

The European countries have urged Iran to reverse its decision and continue compliance with the JCPOA in a recent emergency meeting which was held in Vienna between Iran and the remaining parties of the nuclear deal.

According to the spokesperson for Iran’s Ministry of Foreign Affairs, the recent seizure of a British tanker in the Strait of Hormuz was also discussed, and in response, the Iranian representative brought up the issue of arrested Iranians in European countries and called it a “violation of the JCPOA”.

Several Iranians have been arrested in recent months in Europe for attempted terrorist attacks and assassinations of Iranian dissidents.

He also mentioned the Saudi Officials’ offer to negotiate with the Islamic Republic, saying “we consider this a positive signal.”

City officials in Iran's capital Tehran are planning to put locks on large waste containers in the streets to prevent garbage pickers from accessing waste. END_OF_DOCUMENT_TOKEN_TO_BE_REPLACED

The Biden Administration has confirmed to the US Congress that sanction imposed by its predecessor on Iran have drastically reduced Iran's trade with the world. END_OF_DOCUMENT_TOKEN_TO_BE_REPLACED

The UK government said on Sept 20 that Britain would "not rest" until all its dual nationals being held in Iran were returned home. END_OF_DOCUMENT_TOKEN_TO_BE_REPLACED