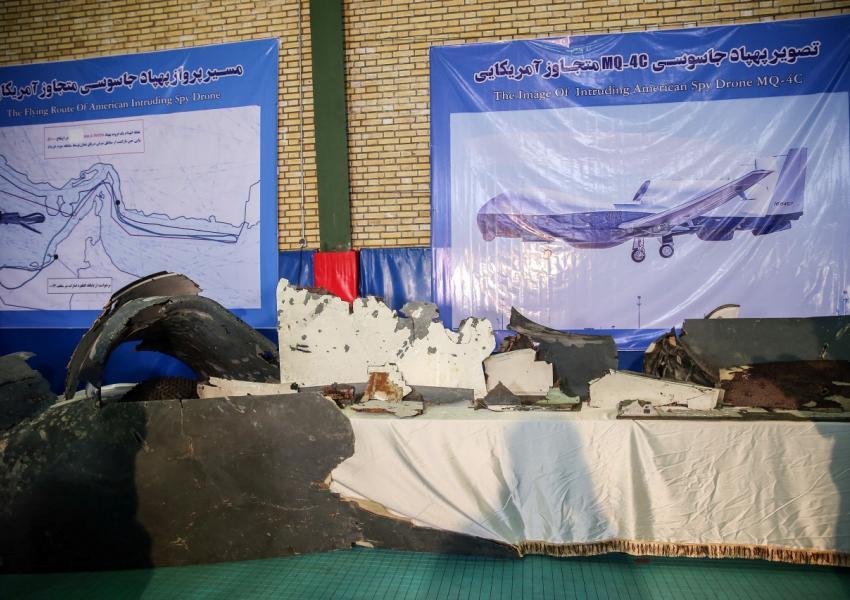 Why is Iran Abandoning Its “Strategic Patience”?

Recent developments of the last few weeks show that the Islamic regime in Iran has abandoned what Iran’s president, Hassan Rouhani, called the “strategic patience” and pursued escalation of tensions with the US and its neighbors. Even looking at the very recent incidents, the sheer insistence of the Islamic Republic to start a military conflict with the US is unbelievable. The downing of the American drone by IRGC was the latest provoking move by the Revolutionary Guards. Considering all indicators, the danger of a war breaking out in increasing on a daily basis.

Iranian leaders chose the “strategic patience” as a response to Trump’s “maximum pressure” policy after withdrawing from the JCPOA. Iranians actually took the advice of other parties to JCPOA and some Democrats in the US.

The Islamic Republic, from the beginning, was sure that the US’s withdrawal of the deal was done as per Israel’s request. Israelis were extremely worried about the benefits of the deal for Iranians in the expansion of their influence in the region.

Although Europeans assured their Iranian counterparts that providing they show patience, they would create mechanisms through which the US imposed sanction can be neutralized. Not very long after, Iran’s leaders threatened to leave JCPOA and also NPT.

On the other hand, the Europeans had encouraged Iranians to remain in JCPOA as the US would not be able to create a global coalition against Iran. This belief was supported by the historical facts that the US has never gone to war on its own in the last 100 years.

In addition, Iranians were hopeful that Robert Mueller’s report would conclude against Trump and this would result in Trump’s impeachment.  This did not work out either.

Retaining the status quo for Iranians under mounting pressure and sanctions is very costly and keeps the possibility of the collapse of the system in the prospect. If Iran does not do anything and the current campaign of maximum pressure continues, the US will not be keen to return to JCPOA even if another candidate wins the American presidential election in 2020. There will not be any reason to return to the deal when Iran has revealed all its motives and cards to play against the West and has entered a phase of extreme tensions right at the brink of a military confrontation. In the best case scenario, the next US president (if it is not Trump) would ask much more from Iranians to return to JCPOA.

The first sign of the end of the ‘strategic patience’ in Iran’s doctrine was the attack on four oil tankers in Fujairah, as well as drone and missile attacks by Yemeni Houthis on Saudi Arabia, particularly their oil pipeline. This turn in policies was a reaction to the campaign of maximum pressure which entered a new paradigm after IRGC was designated as a terrorist organization and the US did not extend the waivers to purchasers of Iranian oil. The regime realized that Trump and his team are determined to make them accept the 12 conditions.

Having been under sanctions in the 1990s, the Islamic Republic of Iran did not expect that the US would manage to reduce its oil export to zero. They were wrong as Iran’s oil minister said recently: “it is harder now than the war [with Iraq] period. During the war, we could export, and the problem was that Saddam would target our units. Besides, we were able to receive oil money then. Now it is very difficult”.

Iran still counts on those in the US administration who believe a war with Iran is against American interests. So, they hope Trump will stick to his campaign promise and would avoid a new war.

However, a limited military confrontation, in the view of the Iranian leaders, is not only inevitable but very necessary. What they are doing in the Strait of Hurmuz now is based on the assumption that the US is not ready for a war. A limited air strike on Iran would light the fire of a kind of war which is a “blessing” for the Iranian regime in the late Ayatollah Khomeini’s opinion. Such an attack would give the opportunity to the regime to play the victim and shift responsibility for the chaotic economic situation. They would be able to inject hope to their loyal supporters and could act on their threats regarding the nuclear program.

Iran is now testing the waters by trying to cross the red lines set out by the US. The US has maintained to send assertive messages to discredit the regime in the world. Iran wants to make the maximum pressure campaign to be costly for the US too as Iranians know that it is designed to drag them to exhaustive negotiations.

City officials in Iran's capital Tehran are planning to put locks on large waste containers in the streets to prevent garbage pickers from accessing waste. END_OF_DOCUMENT_TOKEN_TO_BE_REPLACED

The Biden Administration has confirmed to the US Congress that sanction imposed by its predecessor on Iran have drastically reduced Iran's trade with the world. END_OF_DOCUMENT_TOKEN_TO_BE_REPLACED

The UK government said on Sept 20 that Britain would "not rest" until all its dual nationals being held in Iran were returned home. END_OF_DOCUMENT_TOKEN_TO_BE_REPLACED