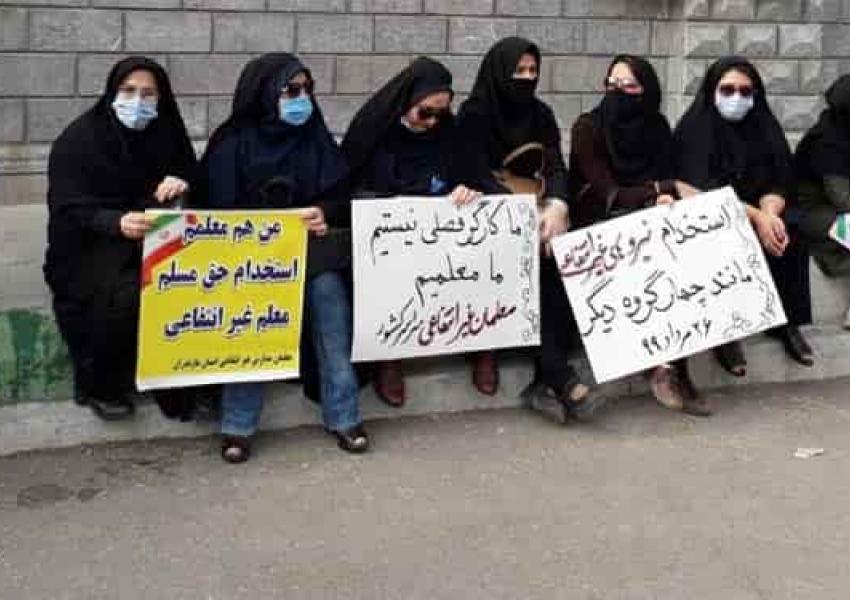 While the strikes in Hafttappeh and HEPCO companies continue, teachers at Iranian non-profit schools have also joined the strikes.

According to ILNA, the workers of HEPCO automobile in Arak continued their strike for the 13th day. One of the workers said they demand the CEO and upper management to step down.

Workers in Hafttappeh Sugarcane Company also continued their strike for the 64th day. The workers demand the reversal of the privatization of the company, their delayed paychecks, and the rehiring of their fired coworkers.

ILNA also reported on Monday that the teachers at non-profit schools in Iran have protested their low wages and lack of job security.

There have also been protests in Kermanshah, Borazjan, Qazvin, Khoramshahr, Mahshahr, and Shahin Shahr.

City officials in Iran's capital Tehran are planning to put locks on large waste containers in the streets to prevent garbage pickers from accessing waste. END_OF_DOCUMENT_TOKEN_TO_BE_REPLACED

The Biden Administration has confirmed to the US Congress that sanction imposed by its predecessor on Iran have drastically reduced Iran's trade with the world. END_OF_DOCUMENT_TOKEN_TO_BE_REPLACED

The UK government said on Sept 20 that Britain would "not rest" until all its dual nationals being held in Iran were returned home. END_OF_DOCUMENT_TOKEN_TO_BE_REPLACED