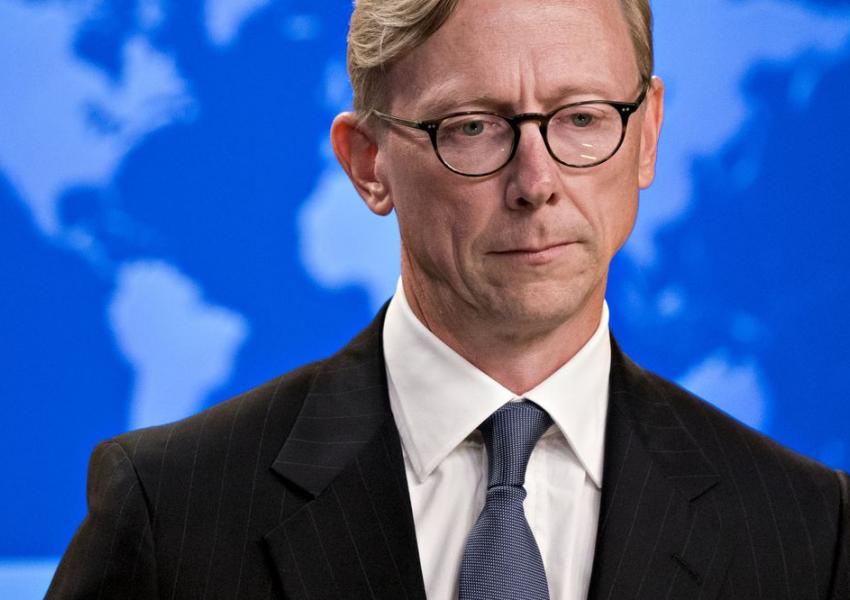 In a recent article about the tightening relation between Iran and China in Wall Street Journal, the U.S State Department Special Representative on Iran, Brian Hook, and Under Secretary of State for Economic Growth, Energy, and the Environment, Keith Krach, called the two regimes “totalitarian twins” whose “partnership” is less than meets the eye, but it does reveal commonalities between the two regimes.

Hook and Krach refer to the 25-year strategic partnership involving a reported $400 billion in Chinese investment as "a deal between two dishonest regimes that pride themselves on propaganda."

The article casts doubt on Beijing’s capacity to fund $400 billion of Iranian infrastructure: "To put it in perspective, China has invested less than $27 billion in Iran in the past 15 years and that was before Covid-19 hit China’s economy."

"The purported deal also faces popular outrage among the Iranian people, who have zero interest in their country becoming a Chinese client state," the article continues. "China’s proposed military support to Iran, which both countries are keeping under wraps, may already violate the United Nations arms embargo. The Iranian regime’s crisis of legitimacy with its people will only worsen if the deal moves forward."

Hook and Krach also bring up the issue of U.S sanctions on Iran and the Islamic Republic's terrible economic conditions: "There are other reasons the deal is unlikely to proceed as reported. Many Chinese state-owned enterprises, particularly in the energy sector, can’t afford the financial hit of U.S. sanctions incurred by entering the Iranian market. On top of this risk, Iran’s economy is deeply corrupt and controlled largely by the Islamic Revolutionary Guard Corps, a designated foreign terrorist organization. These two factors make any return on investment far from certain."

The article goes on to say: "For Iran, this partnership is born of desperation. Because the regime has been severely weakened, in part by U.S. sanctions, the mullahs are willing to do a deal with a predatory power so long as it gains access to capital." It adds: The founder of the Islamic Republic, Ayatollah Khomeini, called on his followers to “destroy” communism. Has Khomeini’s revolution died at the age of 41?"

"As for China, its eagerness to boost the world’s leading state sponsor of terrorism and anti-Semitism is the latest in a series of moves that show Beijing as an irresponsible actor. Beijing hid the initial outbreak of Covid-19, attempted to profit from the resulting pandemic through “facemask diplomacy,” cracked down on Hong Kong and instigated a bloody border war with India," the writers claim.

Hook and Krach continue: "Both governments are revolutionary relics known for lawless behavior, duplicity, bullying, domestic oppression and thought control, coercive economic practices and grave human-rights abuses. It was only a matter of time before these totalitarian twins found each other in a “strategic partnership.” Now the world must develop and carry out strategies to counter them, especially Beijing."

City officials in Iran's capital Tehran are planning to put locks on large waste containers in the streets to prevent garbage pickers from accessing waste. END_OF_DOCUMENT_TOKEN_TO_BE_REPLACED

The Biden Administration has confirmed to the US Congress that sanction imposed by its predecessor on Iran have drastically reduced Iran's trade with the world. END_OF_DOCUMENT_TOKEN_TO_BE_REPLACED

The UK government said on Sept 20 that Britain would "not rest" until all its dual nationals being held in Iran were returned home. END_OF_DOCUMENT_TOKEN_TO_BE_REPLACED