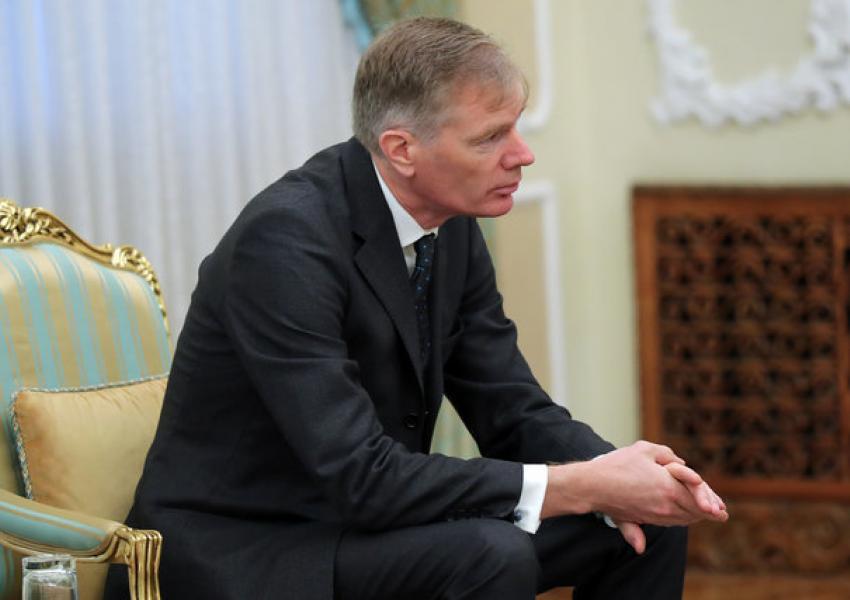 British Ambassador: Gibraltar had the right to detain Grace 1 tanker

Rob Macaire, the British ambassador to the Islamic Republic says Gibraltar had the right to detain the Iranian tanker Grace 1.

Macaire made the comment a few hours after the release of the tanker, in response to the Islamic Republic’s foreign ministry which stated that selling and transporting oil to Syria is legal and none of any other country’s business,

The British ambassador wrote in his Persian Twitter account: “Regarding Grace 1, the law is clear. The European Union has not sanctioned Iran’s oil trade. But any monetary or goods transfer to sanctioned entities through Europe is illegal. Grace 1 was in European waters and this is undeniable.”

“The evidence is clear: The goal was to send oil to sanctioned entities in Syria. It is also worth mentioning that Grace 1 was without a permit (flag), and Gibraltar had the right to detain it,” he continued.

Previously, Abbas Mousavi, the spokesperson for the Islamic Republic’s foreign ministry had criticized the detainment of Grace 1, asking: “Didn’t they claim that our laws do not reach beyond our borders and we will not impose them on other countries?”

Grace 1 was detained in Gibraltar by British forces for violating EU sanctions against Syria.

The Islamic Republic officials denied Britain’s claim, saying Syria was not the ship’s destination and warned the UK that their action will not go unanswered.

City officials in Iran's capital Tehran are planning to put locks on large waste containers in the streets to prevent garbage pickers from accessing waste. END_OF_DOCUMENT_TOKEN_TO_BE_REPLACED

The Biden Administration has confirmed to the US Congress that sanction imposed by its predecessor on Iran have drastically reduced Iran's trade with the world. END_OF_DOCUMENT_TOKEN_TO_BE_REPLACED

The UK government said on Sept 20 that Britain would "not rest" until all its dual nationals being held in Iran were returned home. END_OF_DOCUMENT_TOKEN_TO_BE_REPLACED