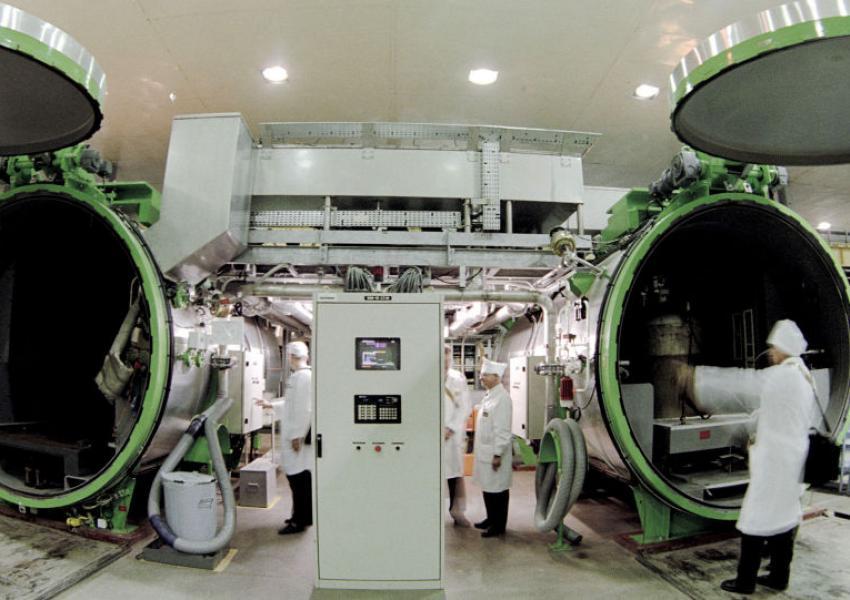 Iran recently informed the United Nations Atomic Energy Agency (IAEA) that in line with legislation passed by the Iran parliament, it intends by February 23, unless the United States eases sanctions, to suspend implementation of its Additional Protocol to the Nuclear Non-Proliferation Treaty, which gives agency inspectors greater access.

This is the latest step taken by Tehran since 2019 in violating nuclear limits set by its 2015 nuclear deal with world powers, the JPCOA (Joint Comprehensive Plan of Action). The steps followed President Donald Trump in 2018 abandoning the JCPOA and imposing draconian sanctions that sent Iran’s economy into three years of stagflation.

Obermeyer stressed Germany’s commitment to reviving the deal, a goal supported by both Iranian president Hassan Rouhani and new United States president Joe Biden but which appears stymied by the question of who moves first.

“Should Iran cut back the transparency provisions of the IAEA Additional Protocol and the requirements of the JCPoA [sic] and obstruct inspections by the IAEA, that would be completely unacceptable,” said Obermeyer. “We therefore urge Iran to refrain from this step and are in close contact with our partners, including the USA.

“Together we are working towards the goal of obtaining the JCPoA. However, Iran urgently needs to contribute to de-escalation so that diplomacy − which the Biden administration is also known to be ready for − has a chance.”

On Monday, Saeed Khatibzadeh, Iran’s foreign ministry spokesman, criticized the Biden administration for following Trump’s footsteps and thereby becoming administration “an accomplice” in violating the agreement. Far from honoring the JCPOA, Khatibzadeh said, nothing had changed with Biden and “maximum pressure has continued.”

On February 7, Iran’s Supreme Leader Ali Khamenei said Tehran would honor the JCPOA in full once the US lifted sanctions in a practical and verifiable manner. Biden promised during his election campaign to return to the agreement, but his plan has been attacked by critics, including members of Congress, while his officials have stressed the need to consult allies.

Steps taken by Iran beyond the agreement have included enriching above 3.67 percent and using relatively advanced gas centrifuges. Iran also recently told the IAEA it had produced a small amount of uranium metal for fuel for the Tehran research reactor – a move seen by some analysts as a signal to put pressure on Washington given uranium metal can also be part of a nuclear warhead.

The IAEA on Wednesday confirmed that Rafael Mariano Grossi, the agency head, who argued in December that a program was needed to sequence US and Iranian moves reviving the JCPOA, might travel to Iran to find an agreement “for the agency to continue essential verification work.”

On Tuesday, Antony Blinken, the US Secretary of State, told NPR that JCPOA had been “very effective in cutting off all of the pathways that Iran then had to produce fissile material for a nuclear weapon.” Blinken noted that Iran was now “far closer to having the ability to produce fissile material for a weapon on short order” – he cited reports of three to four months – and that this gave the US “an incentive to try to put Iran back in the nuclear box” while “presumably, Iran still has incentives to get what it bargained for in the deal, which was some sanctions relief, given the state of its economy.”

City officials in Iran's capital Tehran are planning to put locks on large waste containers in the streets to prevent garbage pickers from accessing waste. END_OF_DOCUMENT_TOKEN_TO_BE_REPLACED

The Biden Administration has confirmed to the US Congress that sanction imposed by its predecessor on Iran have drastically reduced Iran's trade with the world. END_OF_DOCUMENT_TOKEN_TO_BE_REPLACED

The UK government said on Sept 20 that Britain would "not rest" until all its dual nationals being held in Iran were returned home. END_OF_DOCUMENT_TOKEN_TO_BE_REPLACED