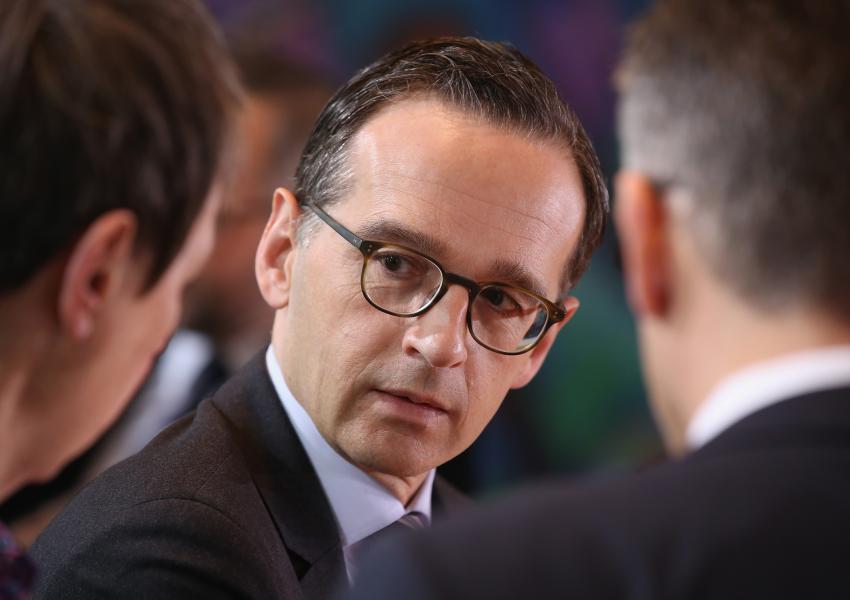 Germany Open To Discussions With US Over ‘Extending’ Iran Nuclear Deal

Heiko Mass, Germany’s foreign minister, has said that Europe and the United States need to “get back together” in their approach to Iran.

In an interview with Deutschlandfunk, German public-service radio, Mass looked to “many new opportunities” under a Joe Biden presidency. While recognizing “legal options to go to court,” referring to President Donald Trump’s challenges to the US election, Mass called Biden a “staunch multilateralist...[who] knows that the great challenges of our time, globalization, climate change, digitization, migration, are all limitless challenges for which we need international solutions.”

With Iran, Hass said that Europe was “open” to discussions with the US over the 2015 Iran nuclear deal, from which Trump withdrew the US in 2018 and to which Biden has pledged the US will return. Hass stressed that “we will achieve nothing against Iran, both in terms of its nuclear capability and its regional role, if Europe and the US pursue two completely different strategies.”

Such discussions could include, Hass said, whether “an extended agreement” was possible.

The German foreign minister thereby signaled openness to suggestions in US policy-circles that the nuclear agreement could be somehow adapted to include Iran’s regional profile, including its controversial missile program.

The 2015 agreement, known as the JCPOA (Joint Comprehensive Plan of Action), was based both on the separation of the nuclear file from other issues and on close co-operation between Europe and the US. Poor relations between the Trump administration and the Europeans, and Europe’s opposition to enhanced US sanctions, have obscured the Europeans’ own concerns over Iran’s missile program.

Back in 2015, Europe and the Obama administration both saw the JCPOA as a step towards diplomatic progress on other issues.  Given events since then, Hass conceded these hopes had not been realized.

He referred to “dissatisfaction” with Iran’s missile program, and with “its role against Israel, but also in many other countries in the region, such as Syria, and Iraq too.” Matters had not “developed as we had hoped [at the time of the JCPOA]” towards better co-operation and Tehran “not so much fueling the fire of regional conflicts.”

Hass implied that in 2020 there was no simple return to the JCPOA, although this has been the broad position not just of Europe, but of the two other signatories, Russia and China.

“We will have to talk about that,” Hass said. “Nor will it be the case that Iran can continue to act like this and then everyone can get back into this agreement. Iran also has to move very significantly here.”

Hass was not asked about the direction of Iranian domestic politics, where critics of the JCPOA have strengthened since 2015 and where President Hassan Rouhani, a major architect of the deal, has been weakened by Trump’s ‘maximum pressure’ sanctions that have plunged the economy into recession. Rouhani said on Sunday [November 8] that while Tehran would welcome the US returning to the deal, it expected “compensation.”

City officials in Iran's capital Tehran are planning to put locks on large waste containers in the streets to prevent garbage pickers from accessing waste. END_OF_DOCUMENT_TOKEN_TO_BE_REPLACED

The Biden Administration has confirmed to the US Congress that sanction imposed by its predecessor on Iran have drastically reduced Iran's trade with the world. END_OF_DOCUMENT_TOKEN_TO_BE_REPLACED

The UK government said on Sept 20 that Britain would "not rest" until all its dual nationals being held in Iran were returned home. END_OF_DOCUMENT_TOKEN_TO_BE_REPLACED