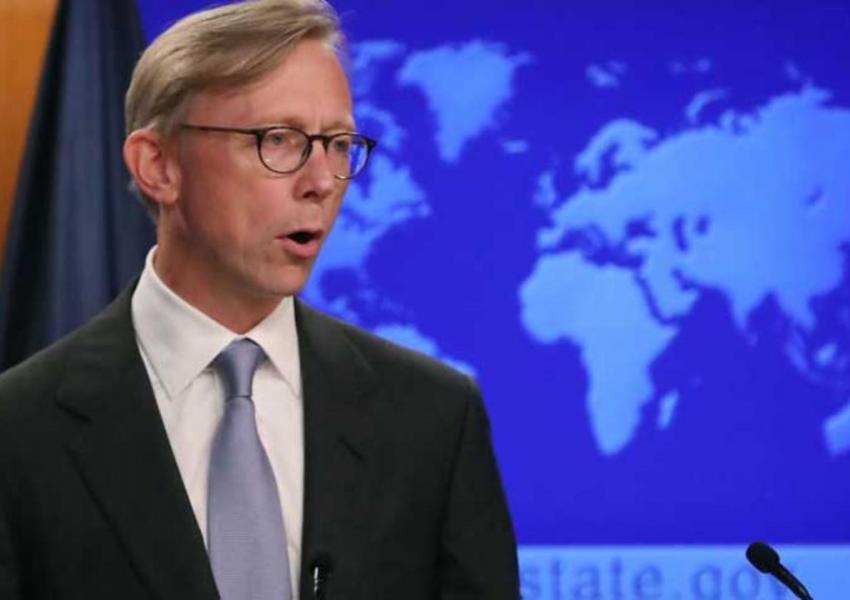 The US Special Representative for Iran, Brian Hook says economic pressure and political isolation is the only way to deal with the Islamic Republic regime of Iran.

In an interview with Britain’s Channel 4, in response to a question about the possibility of a military conflict with Iran, Brian Hook responded: “We have made it clear that we want them to respond to our diplomacy with diplomacy. Unfortunately, Iran has responded to our diplomacy by using military force.”

Hook stated it is Iran that needs to answer the question about the risk of military conflict in the middle east.

The chairman of Iran Action Group mentioned the attacks on several tankers and Saudi facilities and the American drone in international waters and described them as the Iranian regime resorting to its usual playbook of terror and violence because it doesn’t like to be told “No”.

When asked doesn’t this aggression mean that the policy of sanctions has failed, Hook said: “No. This aggression has been there for 40 years. What we are seeing the Persian Gulf is nothing new. Even during the Iran-Iraq war, Iranians would attack Kuwaiti oil platforms.”

While calling the Islamic Republic a “violent revolutionary regime,” Hook rejected the idea that Boris Johnson, the new British prime minister, strongly disagrees with the US over Iran, claiming “we only have a tactical disagreement on the efficacy of  the nuclear agreement to achieve our common interest that Iran would never get a nuclear weapon.”

Regarding the similarities between Iran’s case and North Korea, which finally produced a nuclear weapon, Hook responded: There was a lot of diplomacy around North Korea’s case for decades. But diplomacy failed in preventing North Korea from producing nuclear weapons. We must learn from our past mistakes.”

City officials in Iran's capital Tehran are planning to put locks on large waste containers in the streets to prevent garbage pickers from accessing waste. END_OF_DOCUMENT_TOKEN_TO_BE_REPLACED

The Biden Administration has confirmed to the US Congress that sanction imposed by its predecessor on Iran have drastically reduced Iran's trade with the world. END_OF_DOCUMENT_TOKEN_TO_BE_REPLACED

The UK government said on Sept 20 that Britain would "not rest" until all its dual nationals being held in Iran were returned home. END_OF_DOCUMENT_TOKEN_TO_BE_REPLACED