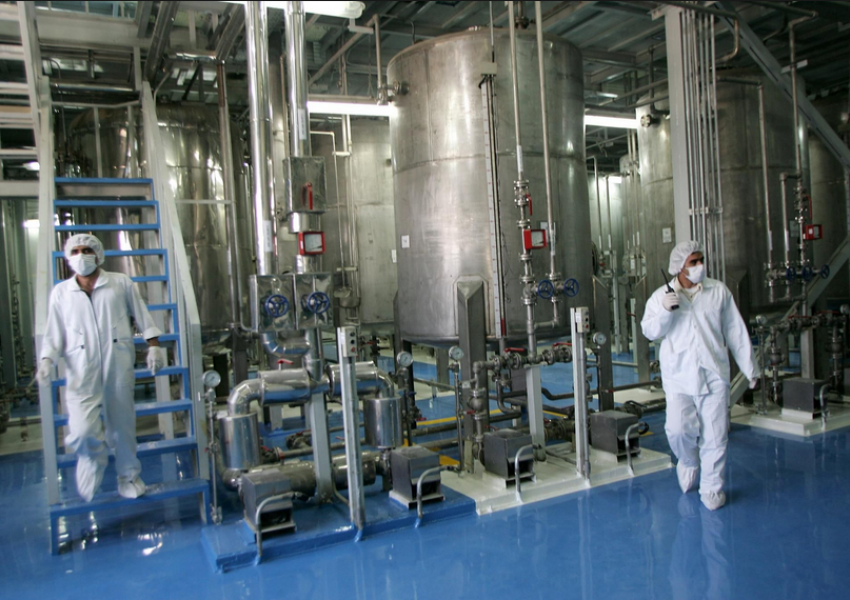 Reuters: In its newest report, the International Atomic Energy Agency (IAEA) announced that Iran has committed a new breach of the nuclear deal (JCPOA) by using advanced centrifuges to enrich uranium.

Iran is breaching the restrictions of its landmark nuclear deal with major powers step by step in response to U.S. sanctions imposed since Washington pulled out of the agreement last year. The deal only lets Iran accumulate enriched uranium with just over 5,000 of its first-generation IR-1 centrifuges.

The report states: “On 25 September 2019, the Agency verified that all of the (centrifuge) cascades already installed in R&D lines 2 and 3 ... were accumulating, or had been prepared to accumulate, enriched uranium.”

Behrouz Kamalvandi, the spokesperson for Iran’s Atomic Energy Organization had previously announced that the Islamic Republic has installed a chain of 20 advanced IR6 centrifuges.

The report said Iran is still in the process of installing two previously announced 164-machine cascades of the IR-4 and IR-2m models, two cascades that were removed under the deal, which also lifted international sanctions against Tehran.

In its last update on Iran’s nuclear activities this month the IAEA, which is policing the deal, said Tehran had begun installing more advanced centrifuges - models other than the IR-1 that are only supposed to be used for research - and was moving toward enriching uranium with them.

City officials in Iran's capital Tehran are planning to put locks on large waste containers in the streets to prevent garbage pickers from accessing waste. END_OF_DOCUMENT_TOKEN_TO_BE_REPLACED

The Biden Administration has confirmed to the US Congress that sanction imposed by its predecessor on Iran have drastically reduced Iran's trade with the world. END_OF_DOCUMENT_TOKEN_TO_BE_REPLACED

The UK government said on Sept 20 that Britain would "not rest" until all its dual nationals being held in Iran were returned home. END_OF_DOCUMENT_TOKEN_TO_BE_REPLACED