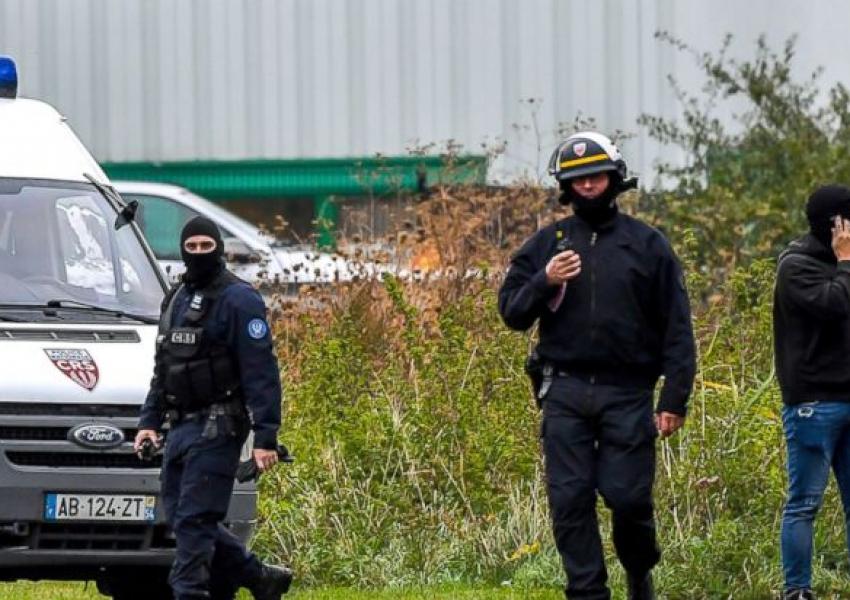 Iran’s Ministry of Intelligence was Involved in the Paris Bombing

In the latest reports on the arrests of two Iranian security officials in France, the French intelligence agency stated that "the Iranian Ministry of Intelligence has undoubtedly been involved in the bombing of the MKO assembly in Paris."

According to a French diplomatic source, the French intelligence agency has concluded that Saeed Hashemi Moghaddam, one of Islamic Republic’s intelligence authorities, ordered the attack and that it is possible that the extremists attempted this attack in order to undermine the government of Hassan Rouhani.

On Tuesday morning, October 2nd, in a joint statement, France’s ministries of the Interior, Economy and the Department of State announced that they have blocked the assets of the two Iranians and the Internal Security division of the Islamic Republic’s Ministry of Intelligence.

The statement said: "An attempt to carry out an operation on June 30th at Villepinte (north of Paris) was neutralized. This operation on our soil could not be left unanswered."

According to a directive on October 2nd, 2018, regardless of the outcome of the judicial process that has begun against the perpetrators and accomplices of this operation, the Ministry of the Interior and the Ministry of Economy and Finance, have been pursuing preventive measures aimed at the assets of Asadollah Asadi and Saeed Hashemi Moghadam, both Iranian citizens, as well as assets of the Internal Security division of the Islamic Republic’s Ministry of Intelligence.

With these arrangements, France is showing its determination to fight terrorism, especially on its own soil.

On Monday, October 1st, Asadullah Asadi, an employee of the Iranian embassy in Vienna, was charged with planning to attack the MKO assembly, and the German government agreed to the extradition of the Iranian diplomat to Belgium.

According to a court order in Germany, Asadi could not use diplomatic immunity as he was on leave and away from his place of work.

The MKO assembly was held in Paris on June 30, and six people were arrested in Belgium, France, and Germany for their involvement in planning an attack on the assembly.

At the same time, it was reported that on the morning of October 2nd, in a large-scale operation with 200 police forces, an Islamic Center affiliated with the Islamic Republic in northern France was investigated and searched. The residence of the members and founders of Zahra Center have also been searched. The center is also known for its "anti-Zionist" activities.

According to local authorities, the association has long been under investigation for "openly supporting terrorist organizations".

In the course of these inspections, three were arrested for possession of unauthorized weapons, according to the Figaro.

Zahra Center of France is one of the largest Shia centers in Europe. The center has several associations. Including the "anti-Zionist" party or the "Federation Chiite de France".

The center was established in 2005 with the “aim to introduce the message of Islam through the views of the prophet and his family.”

The center has been accused by the French authorities of encouraging "terrorism" and supporting "terrorist movements" such as Hamas and Hezbollah in Lebanon. Groups supported by the Islamic Republic government.

The governorate of the northern province of France wrote in a statement that the activities of the center were under investigation because of "its leaders’ broad support of terrorist organizations and movements that promote ideas contrary to the values of the French Republic".

Yahya Ghavasami, the president of Zahra Center, is also the chairman of the Anti-Zionist party (a party close to the French comedian Dieudonné).

According to the information available on the website, Yahya Ghavasami accompanied Dieudonné during his 2009 visit to Iran, and the two met with Iran's President Mahmoud Ahmadinejad.

City officials in Iran's capital Tehran are planning to put locks on large waste containers in the streets to prevent garbage pickers from accessing waste. END_OF_DOCUMENT_TOKEN_TO_BE_REPLACED

The Biden Administration has confirmed to the US Congress that sanction imposed by its predecessor on Iran have drastically reduced Iran's trade with the world. END_OF_DOCUMENT_TOKEN_TO_BE_REPLACED

The UK government said on Sept 20 that Britain would "not rest" until all its dual nationals being held in Iran were returned home. END_OF_DOCUMENT_TOKEN_TO_BE_REPLACED