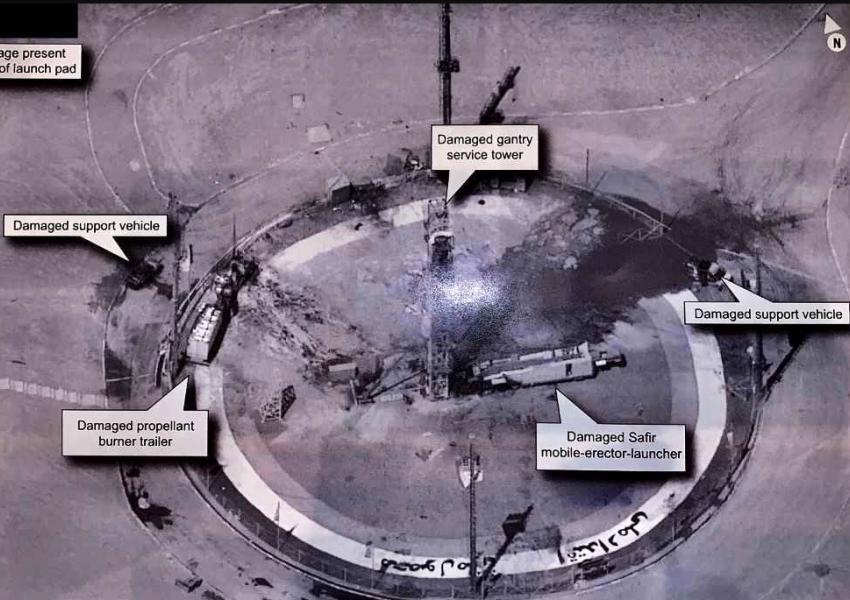 Trump says US had no role in Khomeini Space Center incident

While tweeting the aerial photo of the rocket launch pad of Khomeini Space Center in Semnan, President Trump emphasized that the United States had no role in the catastrophic incident during the launch.

The photo clearly shows that an explosion has occurred on the launch pad. President Trump wished the best for Iran and hoped they find out what happened in that base.

“The United States of America was not involved in the catastrophic accident during final launch preparations for the Safir SLV Launch at Semnan Launch Site One in Iran. I wish Iran best wishes and good luck in determining what happened at Site One,” Trump tweeted.

On Thursday, NPR first published satellite photos od the launch pad, announcing that the rocket launch in Semnan was a failure and the rocket has exploded during launch.

Several other media in the United States also reported on the incident, but the Islamic Republic officials are yet to confirm or deny failure to launch. However, the defense minister of Iran had previously stated that they would only report the good news and the success of the efforts.

After the report about the failure of the launch was released, Mohammad Javad Azari Jahromi, the communications minister of Rouhani’s government, tweeted that the Nahid 1 satellite is OK and the reporters can come and see it.

An Iranian official who remained nameless told Reuters that an Iranian missile exploded on its launch pad on Thursday “due to technical reasons and our young scientists are working on fixing it.”

City officials in Iran's capital Tehran are planning to put locks on large waste containers in the streets to prevent garbage pickers from accessing waste. END_OF_DOCUMENT_TOKEN_TO_BE_REPLACED

The Biden Administration has confirmed to the US Congress that sanction imposed by its predecessor on Iran have drastically reduced Iran's trade with the world. END_OF_DOCUMENT_TOKEN_TO_BE_REPLACED

The UK government said on Sept 20 that Britain would "not rest" until all its dual nationals being held in Iran were returned home. END_OF_DOCUMENT_TOKEN_TO_BE_REPLACED