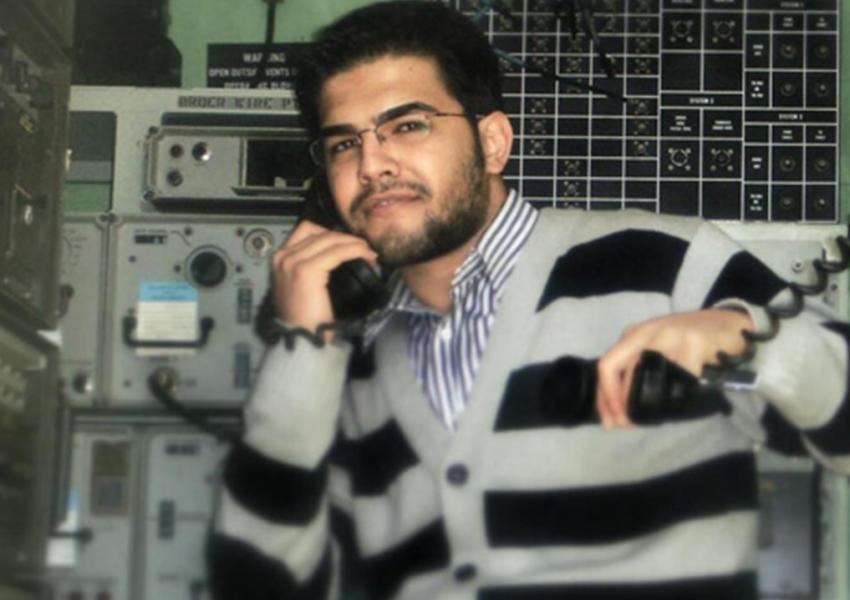 Turkish media on Thursday [February 11] reported that Mohammad Reza Naserzadeh, staff member of the Iran’s Istanbul consulate, has been arrested in connection with the killing of former defense official Masoud Molavi Vardanjani in Istanbul in November 2019.

Naserzadeh, 43, is accused of forging travel documents for Ali Esfanjani, the alleged mastermind of Vardanjani’s assassination and helping him flee to Iran three days after Vardanjani was shot dead, Turkey’s Daily Sabah reported.

Sabah reported that Naserzadeh, who the paper said was a diplomat working in the consulate’s civic registry, was arrested earlier this week. Sabah reported that Naserzadeh had claimed he was not in Turkey when Vardanjani was shot, and did not know Esfanjani or other suspects. The paper said one suspect had claimed Naserzadeh and another Iranian official had collected Esfanjani when he arrived back at Tehran’s international airport.

The spokesman of Iran's foreign ministry, Saeed Khatibzadeh issued a statement dated Februay 10, but published on February 11 denying that Naserzadeh was an employee of the Iranian consulate and insisted that no staff member has been arrested, calling the Sabah report fake.

Vardanjani, a former Iranian intelligence operative and a civil engineer by education, fled to Turkey in 2018 and launched a Telegram channel, called Black Box, focused on corruption allegations against Iran’s extraterritorial Qods Force, top officials in the office of Supreme Leader Ali Khamenei, judges and other senior figures. “I will root out the corrupt clan commanders,” he wrote in one post, never updated after his death. “Pray that they don’t kill me before I accomplish this.”

Vardanjani was shot dead by a Turkish national, Abdulvahap Koçak, on an Istanbul street. Thirteen suspects, including Koçak, were detained, of which eight were remanded in custody.

In December Turkish media reported that Turkish Intelligence had dismantled a network tied to Iran’s Intelligence Ministry that had abducted or assassinated dissidents, including Farajollah Chaab, the former leader of the Arab Struggle Movement for the Liberation of Ahvaz (SMLA), an insurgent group that has claimed responsibility for many attacks including a bombing in Ahvaz, Iran, in 2018 that killed 25 soldiers and civilians.

In March Reuters reported that two senior Turkish officials had confirmed that two Iranian intelligence officers at Iran’s consulate in Istanbul had instigated the killing of Vardanjani.

In April, Reuters quoted “a senior US official” also implicating Tehran. “Given Iran’s history of targeted assassinations of Iranian dissidents and the methods used in Turkey, the United States government believes that Iran’s Ministry of Intelligence and Security (MOIS) was directly involved in Vardanjani’s killing,” he told Reuters.

Last week a court in Belgium sentenced Assadollah Assadi, an Iranian diplomat, to 20 years in prison for planning a bombing in Paris of the Mujahideen-e Khalq, an Albania-based opposition group once allied to Saddam Hussein. Iran’s foreign ministry spokesman Saeed Khatibzadeh on February 5 condemned the verdict and said Assadi’s diplomatic immunity had been violated.

City officials in Iran's capital Tehran are planning to put locks on large waste containers in the streets to prevent garbage pickers from accessing waste. END_OF_DOCUMENT_TOKEN_TO_BE_REPLACED

The Biden Administration has confirmed to the US Congress that sanction imposed by its predecessor on Iran have drastically reduced Iran's trade with the world. END_OF_DOCUMENT_TOKEN_TO_BE_REPLACED

The UK government said on Sept 20 that Britain would "not rest" until all its dual nationals being held in Iran were returned home. END_OF_DOCUMENT_TOKEN_TO_BE_REPLACED