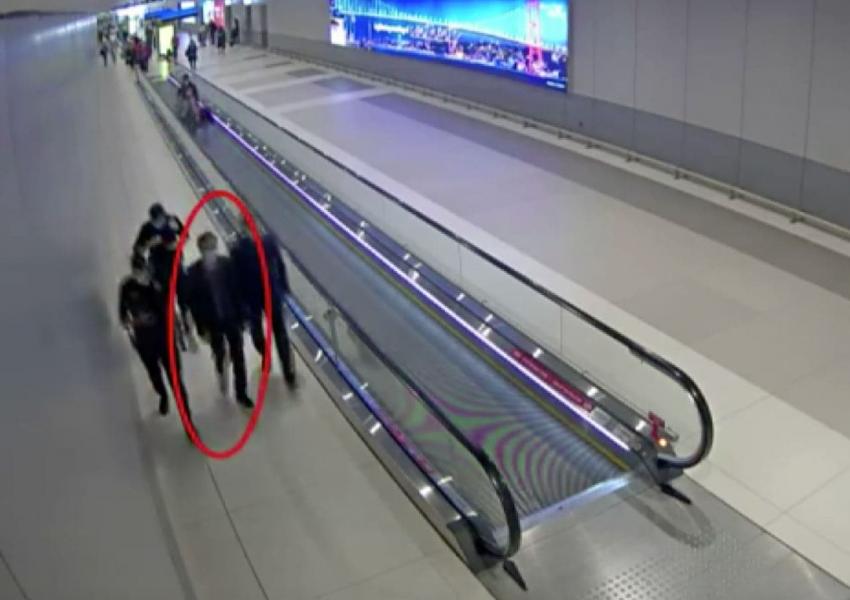 Turkey’s state-run news agency, Anadolou Ajanci, on Friday [February 12] aired surveillance footage from Istanbul Airport it said showed the arrest on February 8 of Reza Naserzadeh, who it alleged was a member of the Iranian consulate. The footage shows a man producing an Iranian service passport – as issued to government employees working abroad who are not diplomats – and then being led away by Turkish police.

Publicizing the footage appears designed to contradict a denial from Iran – in a statement from foreign ministry spokesman Saeed Khatibzadeh published on Thursday – that Naserzadeh was a not consulate employee and insisting that no staff member has been arrested. The Sabah newspaper had claimed on Thursday that Naserzadeh was an Iranian diplomat working in the consulate’s civil registry.

Reuters on Friday said its sources had confirmed that Naserzadeh had been arrested on suspicion of planning the killing of Masoud Molavi Vardanjani, a former Iranian intelligence agent, in November 2019. He was shot dead on an Istanbul street.

On Friday Oubai Shahbandar, a reporter with the Turkish television channel TRT, posted a tweet with a short video taken outside the Iranian consulate in Istanbul showing a member of the consulate charging at the TRT crew as they were filming and trying to remove the camera when asked to comment on the arrest.

We were just attacked outside the Iranian consulate in Istanbul by a member of the consulate as we attempted to film and ask him if he had any comment on the recent arrest of an Iranian diplomat alleged to have been behind the assasination of Iranian dissident Masoud Vardanjani pic.twitter.com/ZOJKVzb26z

In his statement, Khatibzadeh said the issue was being discussed with Turkish authorities.  But Naserzadeh’s arrest could sour relations between Tehran and Ankara, who are major commercial partners although trade fell 38 percent from 2016 to 2019 due to fear of United States sanctions. For many years, Iranians have found it relatively easy to get visas for Turkey, and during 2020 Iranians were the main foreign buyers of homes in Turkey.

In December Turkish media reported that Turkish Intelligence had dismantled a network tied to Iranian Intelligence that had abducted or assassinated opponents, including reportedly the arrest in October 2020 of Farajollah Chaab, former former leader of the Arab Struggle Movement for the Liberation of Ahvaz. The SMLA is an insurgent group that has claimed responsibility for many attacks in Iran, including a 2018 bombing in Ahvaz that killed 25 soldiers and civilians.

City officials in Iran's capital Tehran are planning to put locks on large waste containers in the streets to prevent garbage pickers from accessing waste. END_OF_DOCUMENT_TOKEN_TO_BE_REPLACED

The Biden Administration has confirmed to the US Congress that sanction imposed by its predecessor on Iran have drastically reduced Iran's trade with the world. END_OF_DOCUMENT_TOKEN_TO_BE_REPLACED

The UK government said on Sept 20 that Britain would "not rest" until all its dual nationals being held in Iran were returned home. END_OF_DOCUMENT_TOKEN_TO_BE_REPLACED