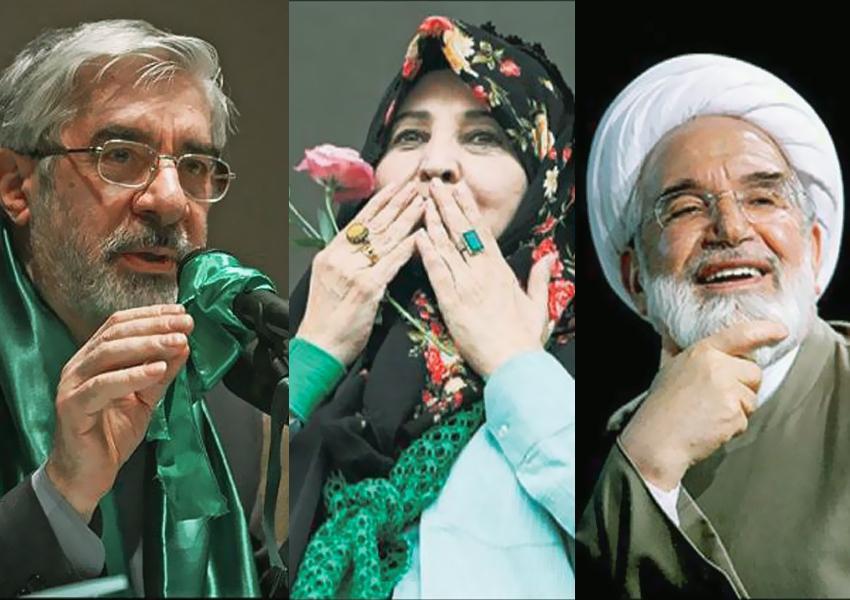 U.S Condemns the House Arrests of Mousavi, Rahnavard, and Karroubi

The State Department of the United States condemned the continued house arrests of Zahra Rahnavard, Mir Hossein Mousavi, and Mehdi Karroubi, leaders of the protests to the 2009 presidential election.

On the 8th anniversary of the house arrest of the three, Robert Palladino, the deputy spokesperson for the state department issued a statement describing their house arrests as a violation of Islamic Republic law and Iran’s international pledges.

The statement which is published three days after the 40th anniversary of the revolution, calls this an appropriate time for the international community to once again react to violations of human rights and basic freedoms of Iranian people by the Islamic Republic.

The statement describes last year as a “shameful year” for the Islamic Republic due to the terror that the regime has caused for the people of Iran.

According to the statement, aside from these three, the Islamic Republic has incarcerated over 7000 Iranians for participating in peaceful protests. The arrested include farmers, workers, journalists, teachers, truck drivers, environmental activists, students, women fighting against mandatory hijab, and religious minorities such as Gonabadi dervishes and Bahais.

The statement condemns these arbitrary arrests without a fair due process and demands the release of all prisoners of thought.

City officials in Iran's capital Tehran are planning to put locks on large waste containers in the streets to prevent garbage pickers from accessing waste. END_OF_DOCUMENT_TOKEN_TO_BE_REPLACED

The Biden Administration has confirmed to the US Congress that sanction imposed by its predecessor on Iran have drastically reduced Iran's trade with the world. END_OF_DOCUMENT_TOKEN_TO_BE_REPLACED

The UK government said on Sept 20 that Britain would "not rest" until all its dual nationals being held in Iran were returned home. END_OF_DOCUMENT_TOKEN_TO_BE_REPLACED