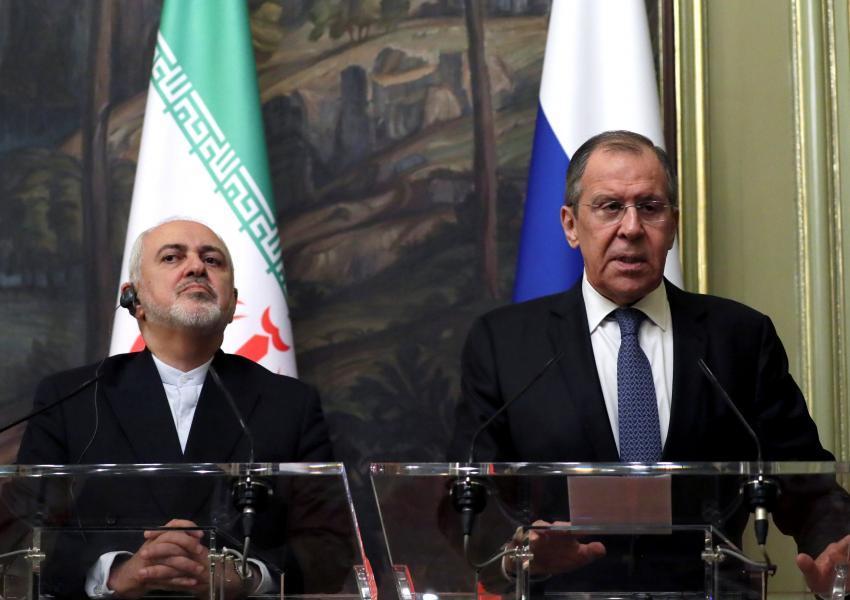 Lavrov: Russia and Iran Will Try to Evade U.S Sanctions

Sergey Lavrov, the foreign minister of Russia announced that his country will make efforts to save the JCPOA (Iran nuclear deal) and to evade U.S sanctions.

According to Russia Today, after a meeting with his Iranian counterpart Javad Zarif, the foreign minister of Russia announced in a press conference that his country intends to expand its cooperation with all the countries involved with the JCPOA except for the United State.

He also described the U.S decision to exit JCPOA and the sanctions as “violation of international laws” and declared that his country is closely cooperating with Tehran to evade the sanctions.

Lavrov also criticized the European Unions limited efforts to maintain the JCPOA and stated: “The INSTEX mechanism (special-purpose trade vehicle set up by EU) was much less effective than it was initially designed for.”

The Russian foreign minister also thanked Tehran for remaining loyal to the JCPOA and stated that Tehran’s decision to limit its commitments to JCPOA was due to Washington’s “irresponsible and selfish behavior”.

In the joint press conference, Mohammad Javad Zarif, the foreign minister of the Islamic Republic highlighted the expanding relations between Iran and Russia despite U.S interference. He also thanked Russia for protecting the JCPOA and said: “The economic and nuclear cooperation between Iran and Russia continues and we are currently cooperating with Russia on Bushehr nuclear plant’s phases 2 and 3.”

Zarif also emphasized that Iran and Russia have similar views on regional issues such as Afghanistan and Syria and stated: “We have had good peace negotiations with these countries.”

However, in recent days there have been reports of economic conflict and tensions between Iran’s proxy forces and Russia’s in Syria. There had even been reports of several economic deals with Iran being canceled by Bashar Assad due to pressure from Putin.

Zarif traveled to Russian on Wednesday, May 8, to talk with Lavrov as it was announced that Iran will limit its commitment to JCPOA.

City officials in Iran's capital Tehran are planning to put locks on large waste containers in the streets to prevent garbage pickers from accessing waste. END_OF_DOCUMENT_TOKEN_TO_BE_REPLACED

The Biden Administration has confirmed to the US Congress that sanction imposed by its predecessor on Iran have drastically reduced Iran's trade with the world. END_OF_DOCUMENT_TOKEN_TO_BE_REPLACED

The UK government said on Sept 20 that Britain would "not rest" until all its dual nationals being held in Iran were returned home. END_OF_DOCUMENT_TOKEN_TO_BE_REPLACED