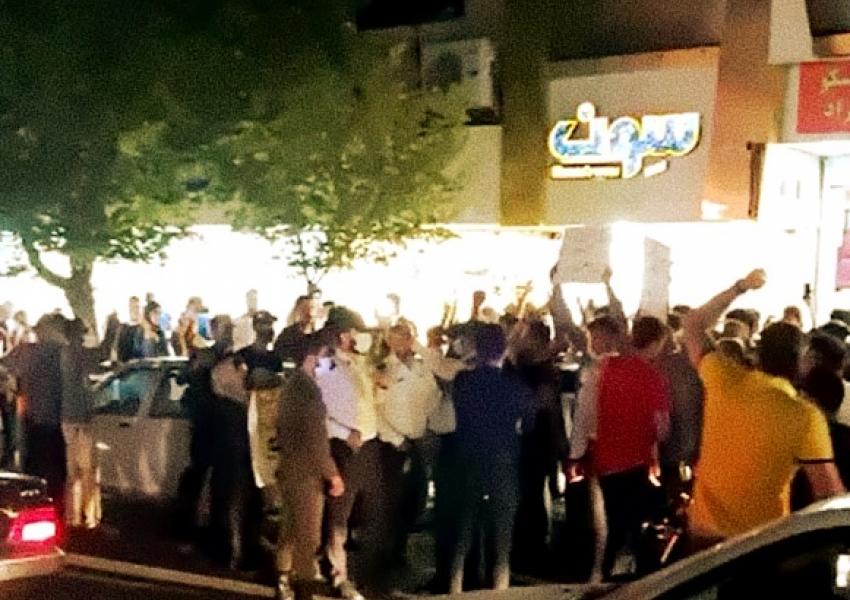 Amid Iran Unrest, Media Warn Of Unprecedented Inflation To Come

Online media outlets in Tehran including the proreform news website Fararu and conservative website Tabnak warned in recent days that Iran's next government is likely to face unprecedented inflation, even higher than the current official 44 percent recently announced by the Statistical Center of Iran for mid-June to Mid-July.

Warnings about accelerating inflation come at a time of daily protests by citizens who have become frustrated by a multitude of hardships. Lack of water in many regions, nationwide power cuts, a total failure to deal with the Covid pandemic, unpaid wages and what is equally important, the lack of hope for the future.

Protests suddenly pop up in one city or another, with defiant citizens shouting “Death to the dictator, and as one observer said, not even covering their faces, when they have the excuse of using a surgical mask.

Meanwhile, Fararu warned that "If the current economic policies continue and the next administration fails to bring about reforms, Iran will have to face a faster inflation rate from September…and this will have irreparable consequences."

The impact of rising inflation on the people's livelihood has been a source of concern for economic observers for the past three years, as US sanctions stopped oil exports, cut revenues and forced the government to print money.

Commenting on Tabnak's report about rising inflation, one reader said: "The people have lost their hope. They have every right to be pessimistic about the future as the performance of the Rouhani administration, has been catastrophic."

According to Tabnak, "although household income grew in 2020, still the income of Iranian families lags behind the explosive rise in prices. As a result, Iranian families' livelihood has been adversely affected." This is something Tabnak believes the next government of Iran needs to address.

Yet another reader observed, "The minimum annual rise in prices is around 100 percent. Yet the Statistical Center of Iran announces the inflation rate as 44 percent. Even the center's own employees do not believe this figure."

Probing into the cause of rising inflation, Fararu pointed out that considering the 44 percent inflation rate for mid-June to mid-July 2021 and the overall situation of the country's economy the government's budget deficit has risen to tens of billions of dollars. In this situation, accelerating inflation cannot be stopped.” To pay its expenses that grow with rising inflation, the cash-strapped government prints more money, which further accelerates inflation.

It is difficult to guess how President-elect Ebrahim Raisi's administration is going to tackle this major economic challenge when he takes office in mid-August, appoints his economic team, and announces his economic policies.

Raisi has already been warned by several economists who held a meeting with him last week that the key to this problem is successfully resolving the nuclear and foreign policy crisis with the United States. They told him that to have any hope of turning around the bleak economic picture, US sanctions need to be lifted. There is no other way to bring in hard currency and encourage investment, tackle high inflation and unemployment, and rid the country of the economic consequences of the pandemic.

Iran's president Ebrahim Raisi addressed the UN General Assembly saying his country wants a resumption of nuclear talks with world powers to lead to the removal of US sanctions. END_OF_DOCUMENT_TOKEN_TO_BE_REPLACED

President Joe Biden told the UN General Assembly on September 21 that he will prevent Iran from getting nuclear weapons. END_OF_DOCUMENT_TOKEN_TO_BE_REPLACED

India has seized nearly three tons or $2.72 billion worth of Afghan heorin shipped from Iran. END_OF_DOCUMENT_TOKEN_TO_BE_REPLACED

Iran's foreign ministry spokesman has said that nuclear talks with world powers will start in a few weeks but has not given a firm date. END_OF_DOCUMENT_TOKEN_TO_BE_REPLACED