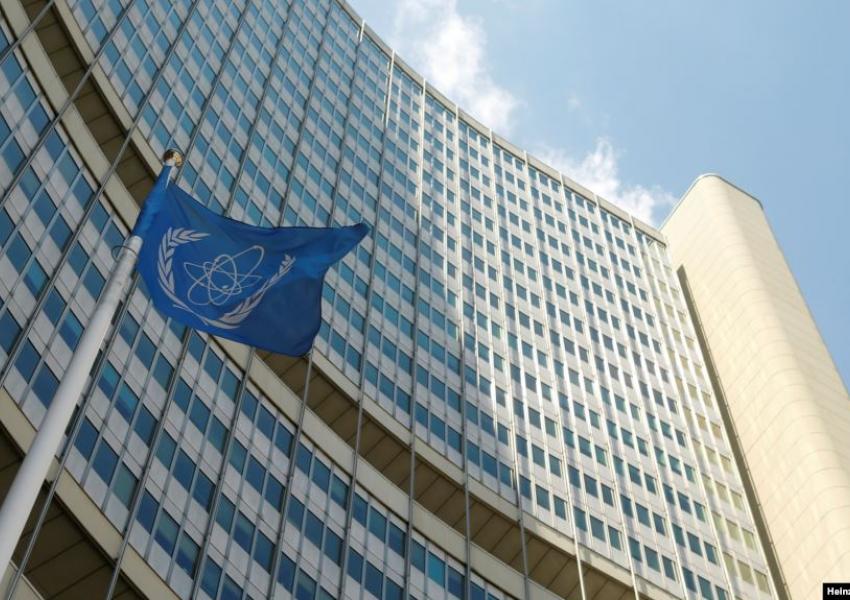 IAEA: Iran is violating all restrictions of nuclear deal

(AP) - The United Nations' atomic watchdog (IAEA) said Friday that Iran has continued to increase its stockpiles of enriched uranium and remains in violation of its deal with world powers.

The International Atomic Energy Agency reported the finding in a confidential document distributed to member countries and seen by The Associated Press.

Iran signed the nuclear deal in 2015 with the United States, Germany, France, Britain, China and Russia. Known as the Joint Comprehensive Plan of Action, or JCPOA, it allows Iran only to keep a stockpile of 202.8 kilograms (447 pounds).

The IAEA reported that Iran has also been continuing to enrich uranium to a purity of up to 4.5%, higher than the 3.67% allowed under the JCPOA. It is also above the pact's limitations on heavy water.

The nuclear deal promised Iran economic incentives in return for the curbs on its nuclear program. President Donald Trump pulled the U.S. out of the deal unilaterally in 2018, saying it needed to be renegotiated. Iran has since slowly violated the restrictions to try and pressure the remaining nations to increase the incentives to offset new, economy-crippling U.S. sanctions.

The ultimate goal of the JCPOA is to prevent Iran from developing a nuclear bomb. Since the U.S. withdrawal, Iran has stockpiled enough uranium to produce a weapon, although the government in Tehran insists it has no such goal and that its atomic program is only for producing energy.

According to the Washington-based Arms Control Association, Iran would need roughly 1050 kilograms (1.16 tons) of low-enriched uranium — under 5% purity — and would then need to enrich it further to weapons-grade, or more than 90% purity, to make a nuclear weapon.

City officials in Iran's capital Tehran are planning to put locks on large waste containers in the streets to prevent garbage pickers from accessing waste. END_OF_DOCUMENT_TOKEN_TO_BE_REPLACED

The Biden Administration has confirmed to the US Congress that sanction imposed by its predecessor on Iran have drastically reduced Iran's trade with the world. END_OF_DOCUMENT_TOKEN_TO_BE_REPLACED

The UK government said on Sept 20 that Britain would "not rest" until all its dual nationals being held in Iran were returned home. END_OF_DOCUMENT_TOKEN_TO_BE_REPLACED