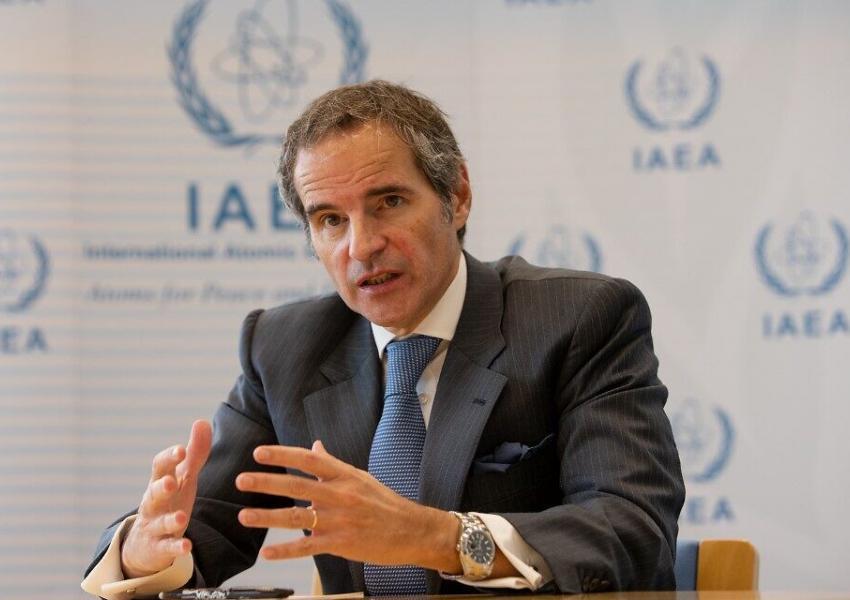 Rafael Mariano Grossi has expressed his growing pessimism over prospects for Iran’s 2015 nuclear deal with world powers, the JCPOA (Joint Comprehensive Plan of Action). The Director-General of the International Atomic Energy Agency (IAEA) told the Spanish newspaper El Pais in an interview published March 22 that the signatories should decide whether they wanted to revive the JCPOA or to reach new agreement.

Grossi has argued since December that for United States President Joe Biden and Iranian President Hassan Rouhani to revive the deal, all parties concerned needed to agree a timetable to synchronize steps, which the IAEA would then monitor. US President Donald Trump pulled the US out of the deal in 2018 and imposed stringent sanctions on Tehran, while Iran began steps in 2019 boosting its nuclear program beyond limits set by the JCPOA.

Despite Grossi’s repeated calls since December, Washington continues to insist Iran should move first by curtailing its nuclear program, while Tehran maintains the US should first lift sanctions and return to JCPOA structures before any multilateral discussions take place.

In his interview with El Pais, Grossi highlighted the importance of IAEA inspections, whatever agreement was in place. But he stressed that without the JCPOA, and with Iran no longer implementing its Additional Protocol to the Nuclear Non-Proliferation Treaty, the agency’s ability to monitor Tehran’s atomic activities was curtailed, despite an interim three-month agreement Grossi reached in Iran in February.

The JCPOA, Gross told El Pais, “reflected the will of the parties at one point and allowed a significant level of inspections, which is now greatly reduced. The setting and characteristics of the agreement have to be set by the participants. The important thing is that…Iran does not…manufacture a nuclear weapon. What I need to give the international community those guarantees is that my inspectors can have the access they need.”

Grossi said he had told Iran and other JCPOA signatories that inspections should not become caught up as “a currency of change” in any wider negotiations: “The inspections cannot be a reward or a punishment, but the indispensable base on which [an agreement] can be built.”

Recent IAEA reports have highlighted Iran’s work beyond JCPOA limits in enriching to uranium to 20 percent (beyond the 3.67 percent allowed under the JCPOA, and significantly closer to 90-percent ‘weapons grade’), using more advanced centrifuges, and increasing a stockpile of enriched uranium to over ten times the deal’s permitted maximum.

Grossi said that Iran was now very close - “if it does not already have it” - to the amount of enriched uranium that, further enriched, could be used in a nuclear device. “But this in itself is not a danger,” he said. “It is an important piece of information. But getting a nuclear weapon requires more than that... there is material to make bombs in many countries in Europe, or in Japan, and that does not automatically imply that there is a war development. In the case of Iran, given that it is a country that in the past has been found…in violation of its commitments, this takes on a special character.”

City officials in Iran's capital Tehran are planning to put locks on large waste containers in the streets to prevent garbage pickers from accessing waste. END_OF_DOCUMENT_TOKEN_TO_BE_REPLACED

The Biden Administration has confirmed to the US Congress that sanction imposed by its predecessor on Iran have drastically reduced Iran's trade with the world. END_OF_DOCUMENT_TOKEN_TO_BE_REPLACED

The UK government said on Sept 20 that Britain would "not rest" until all its dual nationals being held in Iran were returned home. END_OF_DOCUMENT_TOKEN_TO_BE_REPLACED