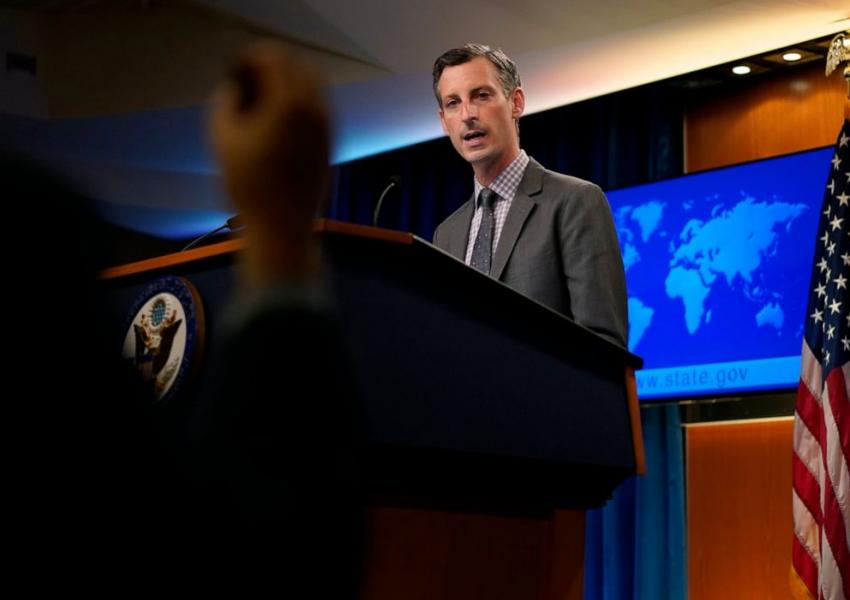 The United States expects indirect talks with Iran on Tuesday about both sides resuming compliance with the 2015 Iran nuclear deal to be "difficult" and does not foresee any early breakthrough.

"We don't underestimate the scale of the challenges ahead," US State Department spokesman Ned Price said on Monday.

"These are early days. We don't anticipate an early or immediate breakthrough as these discussions, we fully expect, will be difficult," he told reporters.

US and Iranian officials are scheduled to begin indirect talks in Vienna - with European officials expected to act as intermediaries - to try to revive the 2015 pact under which international economic sanctions on Iran were lifted in return for curbs on Iran's nuclear program to make it harder to develop a nuclear weapon. Tehran denies seeking to develop atomic bombs.

According to Price, the US is approaching the issue with urgency, because “even in recent weeks, Iran has continued to take steps away from the JCPOA, and our concern with that is that over time, Iran’s – the so-called breakout time has continued to shrink.”

Iran has ruled out face-to-face bilateral discussions and Price told reporters at his daily briefing that Washington did not expect any "at present" but was open to the possibility.

U.S. Special Envoy for Iran Rob Malley, a veteran of the Clinton and Obama administrations, will lead the US delegation in Vienna, where the pact was originally reached in 2015.

US President Joe Biden's predecessor, Donald Trump, withdrew from the deal in 2018 and reimposed US sanctions, prompting Iran, after waiting more than a year, to violate some of the pact's nuclear restrictions in retaliation. The most worrying step Tehran has taken is to enrich uranium to 20 percent, cutting the breakthrough time for making a bomb.

The Trump administration believed the sanctions pressure it applied would force Iran to consent to a new, more restrictive agreement that would also limit Iran's development of ballistic missiles and its support for Shi'ite proxies in the Middle East.

The Biden administration has maintained the sanctions on Iran it inherited from the Trump administration, saying it wants both sides to resume complying with the JCPOA but that this requires negotiations.

However, Price emphasized that the US “will not entertain unilateral gestures or concessions” to induce Iran to a better place.

"Our goal at these talks in Vienna… is to set the stage for that mutual return to compliance. The original formulation is one that still holds today. It’s the limited lifting of sanctions, nuclear sanctions, in return for permanent and verifiable limits on Iran’s nuclear program.," Price said.

Iran has laid down a tough line in advance, with its Foreign Ministry saying on Saturday that it wants the United States to lift all sanctions and rejects any "step-by-step" easing of restrictions.

"Robert Malley will have to leave Vienna empty-handed if the Tuesday meeting would result in anything other than the removal of all US sanctions," a source close to Iran's negotiating team told Iran's English-language Press TV on Monday.

While the two sides had appeared at odds over who should take the first step to resume compliance, a US official told Reuters recently that Washington would be "pragmatic" and not let the matter of who goes first to be an obstacle.

City officials in Iran's capital Tehran are planning to put locks on large waste containers in the streets to prevent garbage pickers from accessing waste. END_OF_DOCUMENT_TOKEN_TO_BE_REPLACED

The Biden Administration has confirmed to the US Congress that sanction imposed by its predecessor on Iran have drastically reduced Iran's trade with the world. END_OF_DOCUMENT_TOKEN_TO_BE_REPLACED

The UK government said on Sept 20 that Britain would "not rest" until all its dual nationals being held in Iran were returned home. END_OF_DOCUMENT_TOKEN_TO_BE_REPLACED