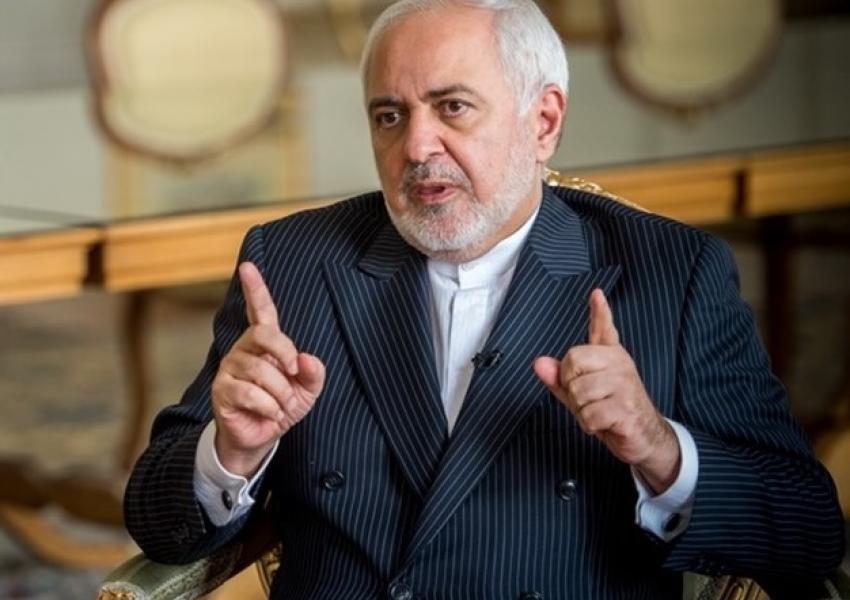 Zarif: US Can Return To Iran Nuclear Deal If It Lifts Sanctions

The Foreign Minister of the Islamic Republic Iran Mohammad Javad Zarif has said that Iran is willing to return to compliance with the 2015 nuclear deal if US president-elect Joe Biden is willing to lift the sanctions imposed on Iran after assuming office.

In an interview with the official Islamic Republic daily, Iran Newspaper, Zarif said lifting the sanctions is “not at all time-consuming,” and that when Joe Biden becomes president and moves into the White House, “he can lift all the sanctions with three executive orders.”

“If America wants to become a member of the JCPOA, we are willing to discuss how the US can reenter the accord,” Zarif added, referring to the nuclear deal also known as the Joint Comprehensive Plan of Action (JCPOA).

The foreign minister of the Islamic Republic emphasized: “The US is not in a position to set any conditions. This is an automatic situation and does not require negotiations. If the US as a member of the United Nations abides by Resolution 2231 of the Security Council, we will comply with our commitments to the nuclear deal. It does not need to be a member of the JCPOA [to comply with it], just as Japan is not a member but has committed to comply with the resolution.

Biden before the November election clearly expressed his opposition to President Donald Trump's decision to withdraw from the 2015 Joint Comprehensive plan of action (JCPOA), or the nuclear deal between Iran and world powers. Biden has said the US should return to the agreement.

Zarif's tough talk could be interpreted as a negotiating tactic. If Biden simply refrains from any action to suspend the current US sanctions, it is Iran that will face a dire economic situation.

Referring to US sanctions being a useful tool for Biden to negotiate with Iran, Zarif said that on the contrary Trump's exit from the JCPOA and imposing sanctions have backfired with "negative" consequences for the US.

“This is great that Mr. Biden wants to return to JCPOA. A part of it is to comply with their commitments as a member of the UN. They must lift sanctions, they must stop the damaging actions that Mr. Trump has committed. The second part is JCPOA. If they want to return to the JCPOA, they are not in a position to set any preconditions,” Zarif added.

He emphasized that “it is the Islamic Republic that can set preconditions, and if Iran is satisfied and other members are satisfied, then the US can return to the JCPOA. But America must comply with its commitments and has no other choice.”

Zarif went on to say that it is not impossible for the US to return to the nuclear deal, and “everyone will welcome their effort in trying to regain this privilege,” but the US must make a real effort and show that it is serious.

“We do not buy a horse twice and don’t sell it twice either. What is in the JCPOA is a result of lengthy negotiations. Those who negotiated the nuclear deal not only read it word for word, but haggled and argued over every single word,” Zarif said.

In 2018, President Trump left the nuclear deal between Iran and world powers unilaterally, calling it the worst deal ever made. Biden pledged to return to the accord during his presidential campaign if Iran also returns its commitments under the agreement.

City officials in Iran's capital Tehran are planning to put locks on large waste containers in the streets to prevent garbage pickers from accessing waste. END_OF_DOCUMENT_TOKEN_TO_BE_REPLACED

The Biden Administration has confirmed to the US Congress that sanction imposed by its predecessor on Iran have drastically reduced Iran's trade with the world. END_OF_DOCUMENT_TOKEN_TO_BE_REPLACED

The UK government said on Sept 20 that Britain would "not rest" until all its dual nationals being held in Iran were returned home. END_OF_DOCUMENT_TOKEN_TO_BE_REPLACED