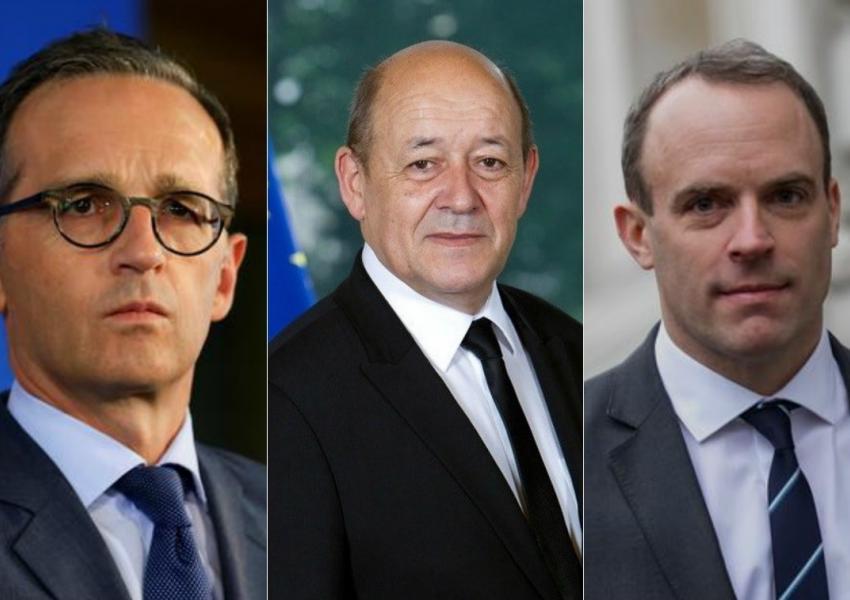 The foreign ministers of Britain, France, Germany, and the European Union released a joint statement expressing “extreme concerns” about Iran’s decision to start uranium enrichment in Fordo facility and warned that these breaches in the nuclear deal could result in UN sanctions being reimposed on Iran.

Last week, President Rouhani of Iran announced that the injection of uranium gas into advanced IR-6 centrifuges in Fordo nuclear facility will begin on Thursday.

On Thursday, the head of Iran’s Atomic Energy Organization announced that the enrichment in the Fordo site has begun.

The statement by the three European parties of the nuclear deal and EU says: “We affirm our readiness to consider all mechanisms in the JCPoA (nuclear deal), including the dispute resolution mechanism, to resolve the issues related to Iran’s implementation of its JCPoA commitments.”

“We stand ready to continue our diplomatic efforts to create the conditions for, and to facilitate, the de-escalation of tensions in the Middle East,” the E3 countries and EU statement said, adding: “These efforts are however made increasingly difficult by Iran’s latest actions.”

According to Reuters, the European powers also called on Iran to comply fully with the international atomic watchdog after one of its inspectors was detained in October.

The statement concludes: “Iran must return to full implementation of its commitments under the JCPOA without delay."

City officials in Iran's capital Tehran are planning to put locks on large waste containers in the streets to prevent garbage pickers from accessing waste. END_OF_DOCUMENT_TOKEN_TO_BE_REPLACED

The Biden Administration has confirmed to the US Congress that sanction imposed by its predecessor on Iran have drastically reduced Iran's trade with the world. END_OF_DOCUMENT_TOKEN_TO_BE_REPLACED

The UK government said on Sept 20 that Britain would "not rest" until all its dual nationals being held in Iran were returned home. END_OF_DOCUMENT_TOKEN_TO_BE_REPLACED