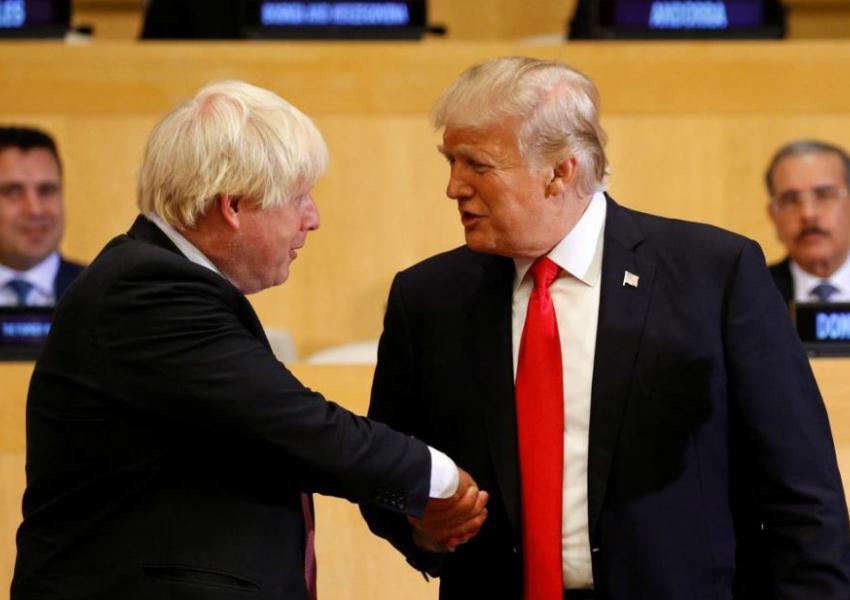 A British diplomat who remains anonymous says although Boris Johnson, the new British Prime Minister will be meeting with President Trump during the G-7 summit, London is unlikely to change its attitude toward Iran.

The source said: “We strongly support the nuclear deal and believe it is very important that Iran does not develop a nuclear weapon.”

This diplomat emphasized that saving the nuclear deal known as the Joint Comprehensive Plan of Action (JCPOA) is very important to Britain, and although Johnson will listen to the American position, it is unlikely that London’s policies change regarding Tehran.

A French official also urged unity between France, Britain, and Germany on Iran.

The western powers are to meet at the G-7 summit in France and talk about Iran and other issues.

Meanwhile, on Friday, President Macron of France met with the foreign minister of the Islamic Republic, Mohammad Javad Zarif in Elysee palace.

Before his trip to France, Zarif announced on Thursday in Oslo: “There are suggestions, from France and Iran, and we will review them tomorrow.”

Macron said on Wednesday that in return for the Islamic Republic’s compliance with its commitments in the deal, sanctions against Iran could be reduced, or a mechanism can be designed that would compensate the damages and improve the life of Iranian people.

On the anniversary of the US exit from the JCPOA, the Islamic Republic announced that Iran would gradually scale down its compliance with its commitments. So far Tehran has scaled down twice, after two ultimatums of 60 days.

However, the Islamic Republic officials have announced that these actions are reversible and if Iran’s demands are met, Tehran will comply with the deal.

City officials in Iran's capital Tehran are planning to put locks on large waste containers in the streets to prevent garbage pickers from accessing waste. END_OF_DOCUMENT_TOKEN_TO_BE_REPLACED

The Biden Administration has confirmed to the US Congress that sanction imposed by its predecessor on Iran have drastically reduced Iran's trade with the world. END_OF_DOCUMENT_TOKEN_TO_BE_REPLACED

The UK government said on Sept 20 that Britain would "not rest" until all its dual nationals being held in Iran were returned home. END_OF_DOCUMENT_TOKEN_TO_BE_REPLACED